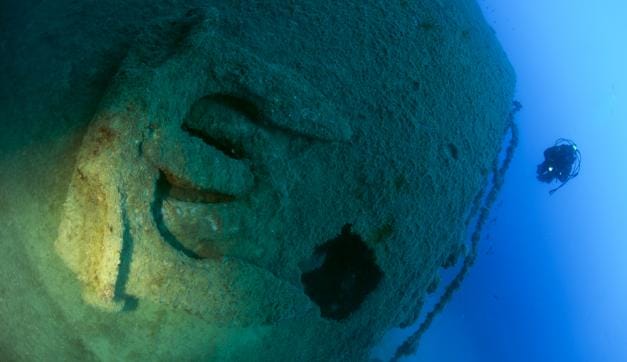 A British steam freighter sunk in 1917 by the ruthless action of the U-64, a well-known German submarine that wrought terror on Mediterranean sailing routes, this shipwreck rests in two halves, at a maximum depth of -33 metres on a bed of sand. Its general degree of difficulty means that it is advisable to leave this dive to experienced divers, who can enjoy the majestic keel, propeller and starboard anchor when visibility is favourable.