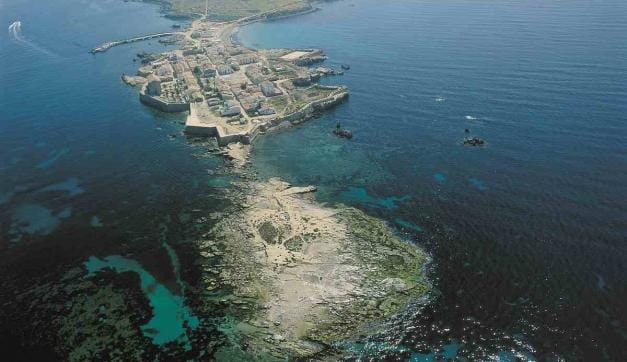 Tabarca Island is a small island that covers an area of only 0.3 km2. It is actually a small archipelago 1,800 m long and 400m wide. Santa Pola is the closest point on the peninsula to Tabarca Island (3 miles), which is the only inhabited island in the Region of Valencia. Tabarca is a unique destination with an interesting history that reminds us of what inspired artists and caught the eye of pirates. In fact, in order to end piracy, the island was fortified and inhabited by residents of Tabarqah (Tabarka) Island in Tunisia.

Divers wishing to discover Tabarca diving sites can either overnight on the lovely hotels of the island or sleep in the mainland and navigate to the diving sites with the diving centres, whose headquarters are all located in mainland destinations (Santa Pola, Alicante, Vila Joiosa, Benidorm, Elche, etc).

At the south of the Region of Valencia and 3 miles off the coast of Santa Pola, the Tabarca Island appears like a quaint scene from bygone times, for that is the first thing suggested on visiting, when finding the absence of vehicles, noise or tall buildings. Beneath the surface of its limpid waters, the surprise continues with dense seagrass meadows of Posidonia oceanica, clearings of the whitest of sands and hard bottoms that enable encounters with the dusky grouper, lobsters, moray eel and far more species scarce in other destinations.

The island of Nueva Tabarca or Isla Plana is some five miles from Santa Pola harbour and is the only permanently inhabited island in the Region of Valencia. The scant human impact throughout history has made it possible for its waters and sea beds to remain in an exceptional state of conservation and richness by comparison with the nearest mainland coast on the peninsula. This led to the creation in 1986 of the first Spanish marine reserve, covering some 1400 hectares and a seabed that varies between 0 and 40 metres in depth.

Tourist services in Tabarca and how to get there from Alicante

How to get there from Santa Pola